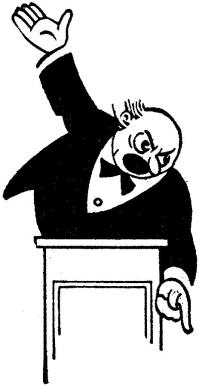 Anyone interested in how Queensland’s new Labour Hire Licensing Bill 2017 will affect the labour hire industry, would do well, right now, to call for some frank and open discussion about the conditions, which the Queensland government intends to impose on license holders. That’s because the only thing standing in the way of a radical overhaul of the labour hire industry is the chief executive’s discretion concerning what those conditions will be and how they will be imposed.[1]  And we have not yet heard much about it.

Unlike some other jurisdictions, where licensing conditions are established by legislative instrument,[2] Queensland intends to establish conditions merely by exercise of administrative discretion.

There is little guidance in the Bill about what the conditions might be, other than that they must not be inconsistent with the broad objects of the Act, which are to protect workers from exploitation and to promote the integrity of the labour hire industry. So pretty much anything that can satisfy those broad criteria is up for discussion.

The width of the license conditions is hinted at by provisions, which say that they can include, but are not limited to, the imposition of bonds and requirements for compulsory insurance.[3]

Very little more is said about the conditions in the explanatory memorandum to the Bill; and nothing of note was said by the honourable Minister, when introducing the Bill to Parliament.

The ability of strangers, claiming an interest in protecting workers from exploitation or promoting the integrity of the labour hire industry, to intervene if they are dissatisfied with the grant of a license (or the sufficiency of any conditions attaching to it) gives further grounds for concern, as it exposes the licensing and appeals processes to the contested agendas of industrial parties and social reformers.

Queensland’s workers and businesses, and those dealing with them, are entitled to know what they can expect; and at the moment, nobody is saying much.

So, here’s a short list of some conditions that could conceivably be imposed under this scheme; and about which some pertinent questions should perhaps be asked:

There are, of course, many other conditions that could be imposed under the broad discretion that is to be given to the Chief Executive. Casual conversion requirements and provisions of the type contended for in the Secure Employment Test Case (2006) readily come to mind.

The real concern in all of this, is that the conditions may be used as means to circumvent the delicate, though sometimes precarious, balance which the Fair Work Act 2009 (Cth) establishes about what matters pertain to employment and are matters in respect of which industrial parties may engage in lawful industrial action.

Neither is it entirely clear that the mechanisms set out in section 26 of the Fair Work Act, or in section 109 the Constitution, would operate to strike down conditions of the type mentioned in the list on the grounds of inconsistency, where the conditions are imposed by administrative action on a case by case basis only. That, however, is a question for another time.

For the moment, it’s enough to note that the Bill leaves much still to be explained. And it is time that proponents of the Bill did so – in my opinion.

[10] The explanatory memorandum to the Fair Work Act 2009 made it clear that terms containing a general prohibition on engagement of contractors, labour hire personnel or casuals were not intended to be regarded as “permitted matters”. See also R v Commonwealth Industrial Court; ex parte Cocks (1968) 121 CLR 313 regarding restrictions or qualifications on employer’s right to use independent contractors or labour hire workers.

One thought on “Queensland’s Labour Hire Licensing Bill 2017: What about the conditions?”