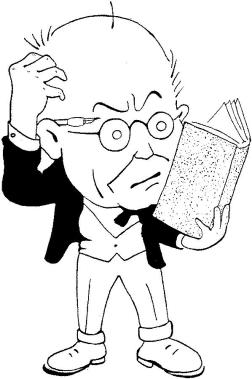 From 12 November, 2016 the Australian Consumer Law will provide that a term of a small business contract is void if:

The upfront price requirement is satisfied if either of the following applies:

The upfront price will usually be easy enough to work out if the contract provides for one; but it may be more difficult if:

And whilst the totality of the payments for the supply of services is taken into account in calculating the upfront price for contracts that provide for multiple or repetitive transactions, there may also be a difference between how the upfront price would be calculated for a Master Services Agreement, on the one hand, and for a Standing Offer Agreement on the other.

So, what is the upfront price?

The upfront price payable under a contract is the amount[2] that:

(a)  is paid, or is to be paid[3], for the supply of services under the contract; and

(b)  is disclosed at or before the time the contract is entered into;

but does not include any other amount that is contingent on the occurrence or non-occurrence of a particular event.

It is important to remember that the upfront price is not necessarily payable in a single lump sum.

Example: monthly services fees of $30,000 per month payable over a two-year contract would produce an upfront price of $720,000 ($30,000 x 24 months). It is for the supply of the services and disclosed at the time of the contract. Although it is more than $300,000, the contract has a duration of more than 12 months and the price falls under the extended $1 million threshold.

Nevertheless, I have to say that I am not convinced that the definition is sound. The “and”, the “but” and the “other” should all contribute to the operation of the definition.  I am not sure that they do. Let me explain why.

As I read the provision, you start by asking:

Is the amount payable for the services that are to be supplied?

Was it disclosed at or before the time the contract was made?

If “YES” – [here’s where it becomes tricky because, at this point, you should be able either to include it; or proceed to the next question, which is a question of exclusion:

Is it an other amount that is contingent on the occurrence or non-occurrence of a particular event?

But that next question does not make sense; because, if it is some other amount, that can only mean that it is an amount, which is either not for the supply of services, or was not disclosed – in which case it fails to meet the earlier criteria for inclusion.

The exclusion of other contingent amounts therefore seems to be redundant to the operation of the provision. It is difficult to ascribe any meaning to it. And I’m not sure that the ACCC has succeeded in doing so in the guidance material, which it provides on its website. Here’s what it says – with my commentary and observations added in blue.

What is the upfront price payable?

Some parts of the upfront price payable will not be able to be calculated at the time the contract is entered into. For example, where a payment will be calculated as a percentage of an unknown amount (such as a commission on the sale of a property or a franchise royalty calculated as a percentage of future sales). (Comment: This is true.) In these circumstances, the term of the contract that includes the contingent payment is unlikely to be subject to the unfair contract term provisions (i.e. it cannot be challenged as unfair), provided it was fully disclosed at the time the contract was entered into. (Comment: This an aside because the fundamental question is not whether the term is caught by the fairness requirement; but whether the term forms part of the upfront price. Terms, which set the upfront price payable under the contract are excluded from the fairness requirement by a different provision.)  However, for the purposes of determining whether a contract falls under the relevant threshold ($300 000 or $1 million) to meet the definition of a ‘small business contract’, any amounts that cannot be calculated with certainty at the time the contract is entered are unlikely to be included in the calculation of the upfront price payable. (Comment: My underlining. That proposition could be accepted – possibly on the basis that if the amount is uncertain, it cannot be disclosed to the standard intended by the statute.  It appears to be in conflict with what was said about contingent payments. But let’s see how the ACCC deals with that in its examples).

Example 1 – A franchisee and franchisor enter into a five year franchise agreement. Under the agreement, the franchisee agrees to pay an upfront fee of $500 000 and then a monthly royalty calculated as 5 per cent of the franchisee’s sales. When determining whether the upfront price payable falls under the $1 million threshold the $500 000 franchise fee will be included but the royalty payments will not. This is because future sales cannot be calculated with any certainty at the time of entry into the contract. (Comment: This can only be interpretive because the requirement of certainty does not expressly form part of the statutory requirements. The statutory requirement for inclusion is disclosure; for exclusion, it is contingency. By applying the statutory requirements in that way – inclusion then exclusion – one can see how the ACCC reaches this view. The difficulty with it is that applying the statutory requirements in that way requires that we ignore the word “other” where it appears in the criteria for exclusion).

Example 2 – Terms in a lease require the tenant to make the following payments each year: a base rent of $100 000 (increasing by CPI + 2% each year), additional rent calculated as 3% of the tenant’s sales, a contribution to the centre marketing fund calculated as 1% of the tenant’s sales, and $10 000 for operating expenses. Each of these payments form part of the upfront price payable under the lease (Comment: How is 3% and the additional 1% of an unknown quantity of future sales any more or less certain than 5% of an unknown quantity of future sales given in Example 1? If it is equally uncertain (un-disclosable or contingent), then surely it must be equally excluded.), and so these terms can’t be challenged as unfair. (Comment: But this was never the issue. The issue was whether the term forms part of the upfront price and the Commission seems to have reached two different conclusions on much the same scenario).

Payments that are not referable to the supply, sale or grant under the contract are not part of the upfront price payable. For example, terms that impose additional fees if a party exits the contract early are not included. (Comment: It is not so much that they are not referable to the supply as that they are not for the supply. That difference may be important when nuancing between terms that provide for discounts for early payment and terms that impose penalties or interest for late payment).

So it seems to me, that there is a bit work to do. One way to resolve the difficulties of interpretation that I have been highlighting might be to start by deleting the word, “other” where it appears in the statutory criteria for exclusion:

but does not include any other amount that is contingent on the occurrence or non-occurrence of a particular event.

That change would support the ACCC’s first example. Its second example remains problematic and requires either further explanation or amendment, in my opinion.

As I say, there is work to do. Particular attention will need to be given by recruitment, on-hire and contracting agencies to a range of sector-specific charges that might be provided in their terms of business including:

It is to be hoped that agencies will engage early in addressing the reforms and raising, perhaps through their industry associations, some of these issues with the regulator and with their clients.

[1] One party employs less than 20 employees at the time the contact is made. Casual employees are not counted unless they are employed on a regular and systematic basis.

[2] . The legislation actually uses the more technical legal expression, consideration instead of amount; but amount conveys the sense of it sufficiently for present purposes.

[3] The legislation actually uses the expression, provided or is to be provided instead of paid because not all forms of consideration will be in money – some may be in money’s worth; others may be non-pecuniary.